Heathers, is a movie filmed in 1988, that it is about three young girls that are mean and very popular and recognized by a lot of people outside too, and the main character, Veronica Saywer wishes to be one of them, and more now, to finish in an amazing way her last year in high school, but finally it didn't end well or as she planned, now she has to solve all the problems she did.

We can see that it was pretty popular, because in 2014 they made a musical and in the last 4-5 years they even made a series, and a very popular serie in Netflix called Riverdale even made a musical espisode of it, but it was messed up. 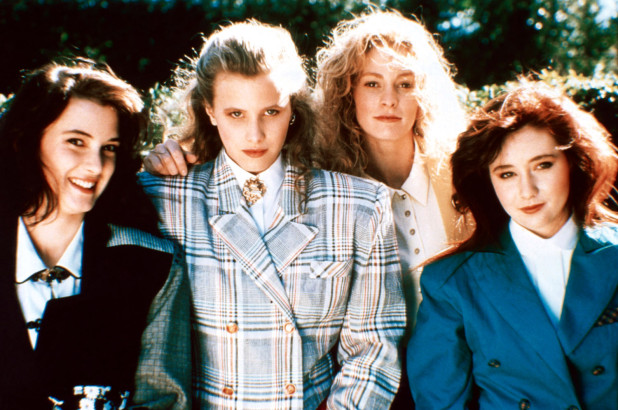